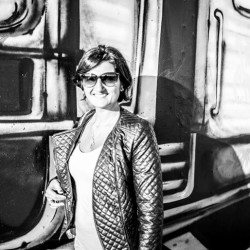 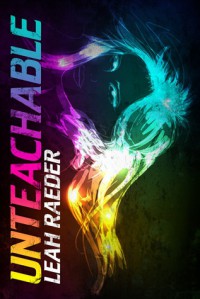 this was so good it's physically aching that it's over... I can't review it right now. Too disturbed. Need some sleep!


I think this was one of the most emotional, crude, angsty, raw, and beautifully written book I’ve read in a while, and without a doubt, one of the best in the genre. This is some different NA alright!

First of all, this is not a typical case of student-teacher affair. There is no villain here, no victim, no abuse of authority or corruption of minors, and they sure as hell are aware of what they’re doing. At least when they know about their connection.
Although this is a sensitive matter, forget you expectations or preconceived ideas. Sure, you can say morally it’s wrong, but I just never felt it like that. It’s a really great love story, with a really f*****up timing, but real nonetheless.
If you have any doubts about them, read the book yourself and you’ll see that with the kind of obstacles they will encounter… god, if that ain’t true love, I don’t know what is.

Leah Raeder gives you such magic writing that we’re immediately sucked into the story and it’s like we’re watching everything like a bystander, but in it. The way she describes them, their feelings, their relationship, Maise’s inner thoughts, it’s so vivid that it seems real. For 210 pages it felt like that was a true story and those characters were really living all that messed up life.
The twists and turns are crazy. By 75% of the book I was making small breaks between pages because it was getting so emotional. And that’s another thing that Leah totally scored… I did not see any of it coming.

Some insight on the plot:

Maise O’Malley, our irish girl, is whole of a lot different from the girls her age. No pink bedroom, no parents controlling her and her nights out… and specially, no caring. Instead she has a drug dealer and drug addict mother, a father that abandoned her way of coping is to engage in one night stands with much older man.
Despite the terrible backgroung she is strong and determined to not make stupid mistakes and bad decisions like her mother. Even stumbling through life, she has a plan.

So, she goes to a carnival, embracing her “all-seductive” self, determined to face one big fear: ride the rollercoaster (I’m also terrified!).

And that’s when she meets “The Guy”.


They’re immediately drawn to one another. A small talk occurs, that leads to more meaningful subjects, and suddenly they’re flirting, touching, kissing and connecting like they never had in their lives.
“The Guy”, that later goes by Evan, doesn’t want a one night stand, but that’s what happens when Maise gets scared with her feelings. So she goes for what she knows best: leaving guys before they can do it to her.

Of course… we see it coming: when she walks in for her first Film Studies Class… tcharan: there he is. “The guy” is Evan Wilke, her teacher.

You can guess a bit of what happens next. They try to resist like… once, fail miserably, and it’s the inevitable: an affair between teacher/student.

Evan Wilke at age 32 is changing his whole life, and starting a new job at Maise’s highschool as a teacher. Even though Maise has had a really bad upbringing, Evan has some demons of his own, that even made me doubt about him, at some point. Cut him some slack… he’s really a good guy that made some mistakes.

There’s one really important side character: Wesley. They become friends just before school starts, and as everything in Maise’s life, it’s not a common friendship. They´re going to screw up a lot, specially Wesley, but it’s a beautiful connection that will bring some normalcy and peace moments in her life.

I got myself in a complete stunned state desoite the beautiful happy ending when I was done, so I jus wanted to...

I'll be reading it again, for sure!